As the song began to wrap up with the fog machine at full blast, the jokester side of Mac DeMarco that fans are most familiar with began to show. He took off his few layers of clothing and began to crowd surf over the audience with the mic still in hand. Frances is a sophomore in Media. Fun things to do in Champaign.

Famous Alumni of University Of Illinois At Urbana-Champaign: Celebrities Who Went to Illini

This is the end of an era for your parents, too. RSOs provide valuable experiential learning. Help your homesick kid with these tips. UI system presents historic number of degrees to class of The Daily Illini police blotter for May Diab to represent US in Italy.

This Old Dog: Mac DeMarco On Growing Up And Getting Personal

And we're all kind of like, we don't really know how. We don't know how.

MARTIN: What DeMarco does know is songwriting, and even though his dad eventually recovered, he says that his latest album, "This Old Dog," gave him a chance to work through some of his conflicted feelings about the father he never really got to know. The last song on the record is called "Watching Him Fade Away. And the other part is just complete confusion. But it is what it is. I'm not trying to, like, vilify the man or crucify him.

I'm just trying to understand what that connection between two people is supposed to mean. The funniest thing about being alive in general is that you have this idea that, oh, when I get a little bit older, I'm going to understand things better. 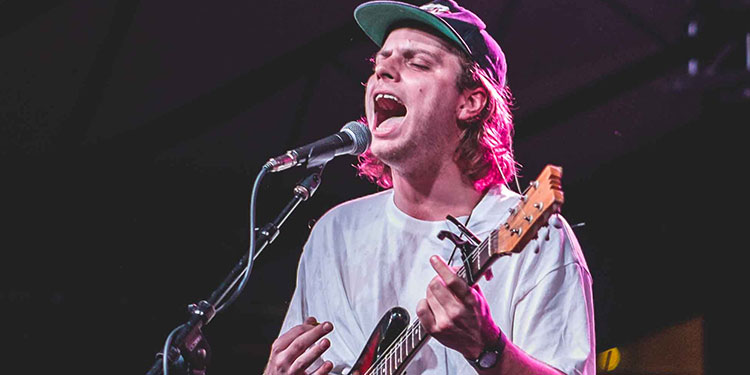 And I'm going to be more comfortable in maybe some ways. Illini Fest promotes nostalgia for Chicago-based alumni. October 29, Filed under Uncategorized.

From Montreal to Brooklyn, Mac DeMarco has quickly turned into a laid-back, surf-rock sensation with a propensity for songwriting. From gap-toothed prankster to a reputable songwriter with a huge cult following, DeMarco is maturing his character while reserving the right to crack a joke every now and again.

This past year, he has been touring all over the country and will continue on to a European tour after his performance at Foellinger Auditorium on Wednesday at 7 p.


The Daily Illini had the chance to talk to DeMarco on the phone and go in-depth on how his success has completely changed his life. Mac DeMarco: I started recording by myself when I was 17 or 18, and then I moved to Vancouver and started playing with different bands.

I eventually ended up in Montreal where I started playing shows and those shows ended up selling out and eventually I got a record deal. DI: When did you start to notice people responding to your music? MD: It was sandwiched between two really long sessions of touring, so it was kind of rushed.

I was on tour a very long time before that, but I had to churn out an album quickly. Was that purposeful or did it evolve on its own? DI: Does it weird you out when interviewers ask you strange questions, like your milk preference, for example? But it is also just the way I am.

But the questions some journalists ask are stupid.